Yunika is looking forward to connect the dots from passion to succes striving to make the action sport business a cleaner place to everybody from the manufacture's employee to the end user. We found a way to build our products the most eco- friendly and ethical manner possible combined with the talent of worlwide's artists. Here is a sneak peek about their passion, their life and what brought them there. 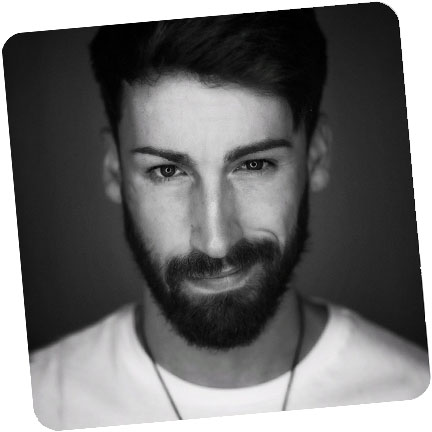 In September 2014 Daniel graduated from DHBW Baden-Wuerttemberg university and he received his Bachelor of Arts degree in Media Management and Communication. Since then he has been working as Junior Marketing Manager for a real estate company in Heidelberg, Germany. In his spare time he is working on different marketing and design related projects.

His studies were also the beginning of his illustrator career. he always loved Photoshop, indesign and illustrator. When he saw the first LowPoly portraits they immediately sparked his interest and he started researching and learning about the method. he started watching tutorials and creating his first own portraits. Only two months later a famous German comedian featured his LowPoly portrait of himself via social media. Ever since he has been working even harder on his illustration skills and steadily looking to improve them in any way. It even brought him to consider taking courses abroad to get a Master’s degree in Creative Advertising. 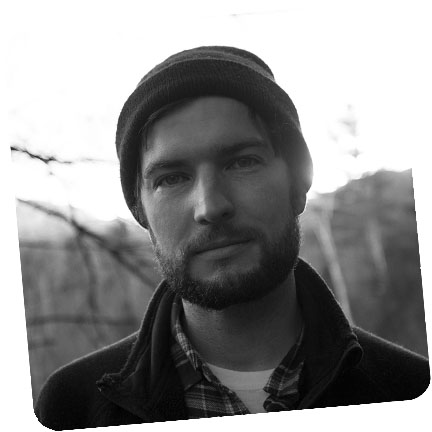 Nick Pedersen is originally from Salt Lake City, where he grew up snowboarding and exploring the Wasatch Mountains. Early on he became very interested in art and photography, documenting his adventures in the outdoors. He went on to receive his BFA degree in Photography from the University of Utah, as well as an MFA degree in Digital Imaging from Pratt Institute in Brooklyn, NY. Currently, he is a freelance photographer and graphic designer working for agencies and clients in the Philadelphia / New York area.

He has shown artwork in galleries across the country and internationally, recently including the Los Angeles Center for Digital Art, Paradigm Gallery, and Art Basel Miami. His work has been featured in numerous publications such as After Capture, Beautiful Decay, Juxtapoz, Hi-Fructose, and Empty Kingdom. In the past few years he also has completed Artist Residencies at the Banff Center in Alberta, Canada and the Gullkistan Residency in Iceland. 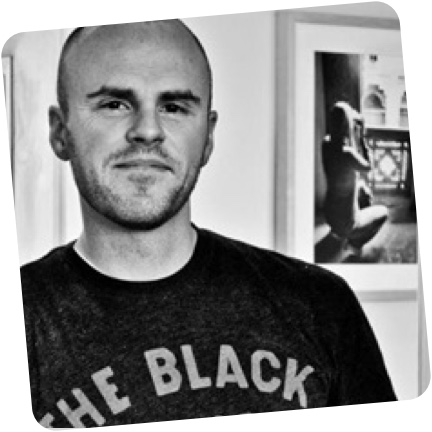 Habbenink is, hands down, one of the best illustrators I have ever seen, let alone worked with. He is creative beyond measure, clever and thoughtful in his execution of a concept, and professional and prompt in customer interactions. 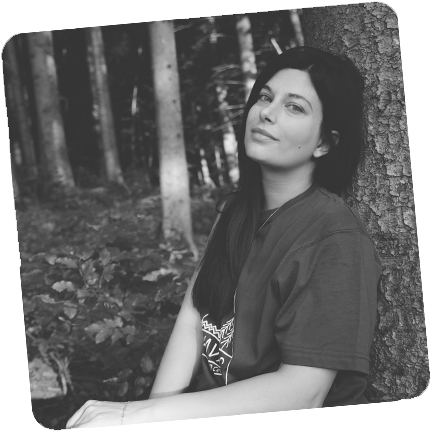 My name is Vita Gallitto and I'm Italian. I constantly live with my suitcase and computer in hand, ready to go. Currently living in Slovenia, but in the future who knows? I have been a freelance developer and designer for over 10 years, and I often work with leading companies in the graphics and web sectors such as Google and Adobe. Among my passions, beyond illustration, I practice different sports like stand up paddling, snowboard and fishing. I love my job as it makes my life always full of expectations and never ordinary and allows me to meet interesting people on my journey who enrich my cultural background and help to improve myself. 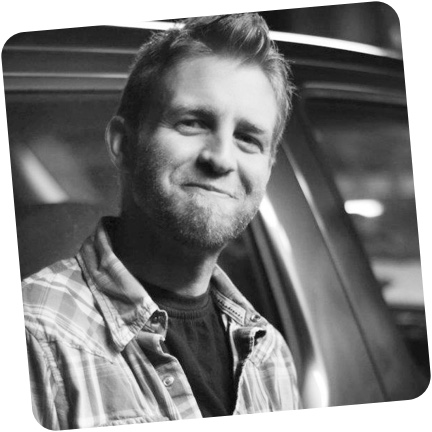 Mike found his creative drive early on as a child by disassembling his toys and tinkering with household products. This drive was thankfully fueled by parents who supplied copious Legos and trainset parts.

Putting drive to sustainable use, he received his BFA in Industrial Design from the University of Illinois at Chicago in 2008 after receiving a scholarship from The Industrial Designers Society of America. Since then he's worked on everything from consumer electronics to inflatable toys, holding several patents and awards. These days, he is a lead designer at Vessel, an agency in Chicago specializing in Branding, structural packaging, vision, and product-graphic innovation.

Independently, Mike puts out a well-established product design and Illustration body of work, having done work for various well known brands in all categories. 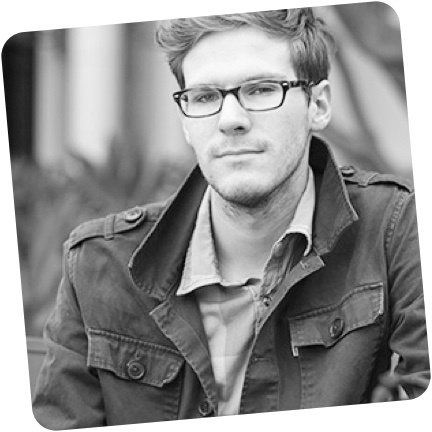 Steven Anderson is 22 years old from Southern California. Graduate of Graphic Design and Digital Media from the College of Architecture Visual Arts and Design at California Baptist University.

He is as he says, esay going, adventurous attitude and motivated to accomplish goals with quality and precision. He likes being outdoors, camping, mountain biking, rock climbing, exploring and of course longboarding.

We are back in January 2017 when Daniel Adler actually hears about our little company called Yunika Snowboards at a local shop in Mannheim, Baden Württemberg. We had the privilege of being chosen among many other brands for his next 'top choice' winter shredding stick. We then got to know each other via Social Media first and met shortly after; discussing potential cooperation together like Social media consulting, strategy, creative concepts & brand awareness using the appropriate advertising tools. We assembled together some ideas and directions and from there, he went… Exceeding expectations to create a one of a kind, custom tailored concept & strategy to increase our audience’s volume up.

Daniel is a very personable professional who doesn’t need much detail in order to deliver the right product and service you are waiting for. He is a brilliant professional and his creativity goes well beyond any bounds I have ever seen. Long life to your creation Mr. Daniel! And thank you again for everything. 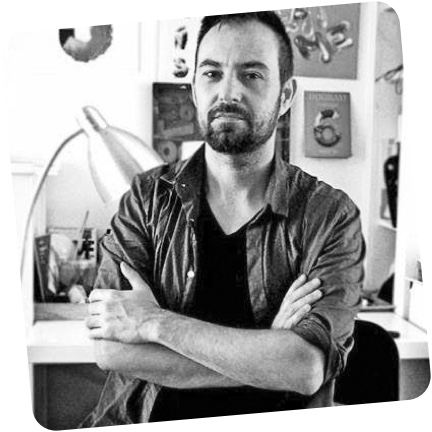 Born in Spain, he’s been living in Netherlands for the past couple of years now where starting with such big companies as JWT Amsterdam and Havas Worldwide Amsterdam, José now continues to expand his professional knowledge by working at his own José Bernabé Studio he founded back in 2005. 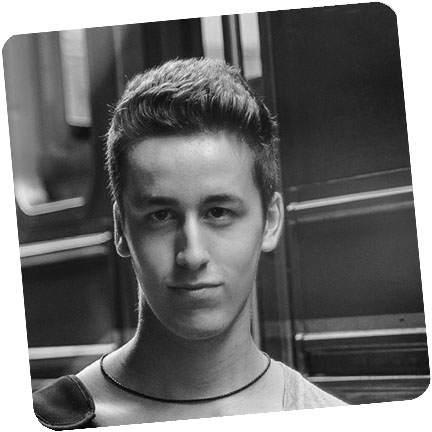 Daniel started drawing and scrabbeling at the age of 10, then went digital 5 years later and until then improved in many fields of illustration, composing, visual communication and communication design. he is self-employed plus graduated BA in Communication Design. 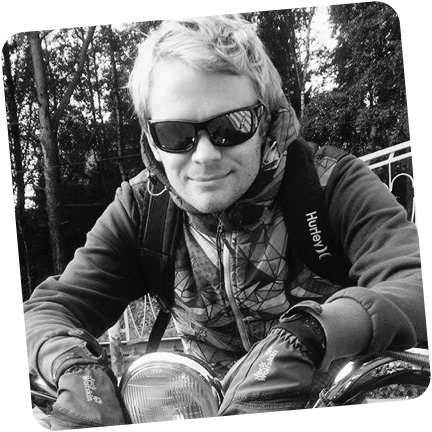 Evgeny has grown as graphic designer while was hired in the small advertising agency in the year 2001 (St. Petersburg, Russia). He got there nice and huge experience and become after a freelance digital artist and illustrator since 2004. He is big fan of the travels and spending a lot of time time in different places around the world. Therefore, his workplace is always changing. Always a different view from the window, always a lot of excitement and inspiration. Perhaps that is why Evgeny study to develop different styles in his colorful works.